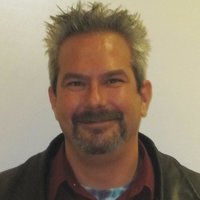 Cread A. Hietakangas Chaumont- A celebration of life for Cread A. Hietakangas 44, of Chaumont and formerly of Grindstone Island will be held on Saturday June 6, 2015 at 2 P.M. at the Chaumont Volunteer Fire Department Fire Hall. Mr. Hietakangas passed away unexpectedly at his home on May 21, 2015 in Chaumont. Burial will be private. Arrangements are under the direction of North Country Cremation Service, Chaumont. Cread A. Hietakangas was born on January 11, 1971 in New York City. The son of the late Olavi Hietakangas and Sharon Cole. He grew up on Grindstone Island where he attended elementary school, he then moved to Clayton with his Father and attended Thousand Islands High School until age 17 when he moved to Chaumont with a friend and finished High School at Lyme Central School. He then enlisted in the United States Army, where he served from 1989 until 1997. He went on to finish his education, graduating from the University of Buffalo with a B.A. in Anthropology in 2002. After college he moved to California where he lived until 2009, when he moved back to New York. Cread traveled the world, had many friends and cared greatly about others. He could always make you laugh with his witty remarks. He was the one person you always wanted around to make you smile. He will be greatly missed by all that knew him. He is survived by his best friend Jackie McDougall, her son Ryan McDougall and her daughter Alē Marolf of Carthage and his cousin Sylvia Anderson-Shoultes of Grindstone Island and her children Jeremy and Andrea Shoultes. He was predeceased by his parents Olavi Hietakangas and Sharon Cole. Donations in Cread’s memory may be made to a charity of one’s choice. Online condolences may be made at www.northcountrycremationservice.com